The Art of the Star Party 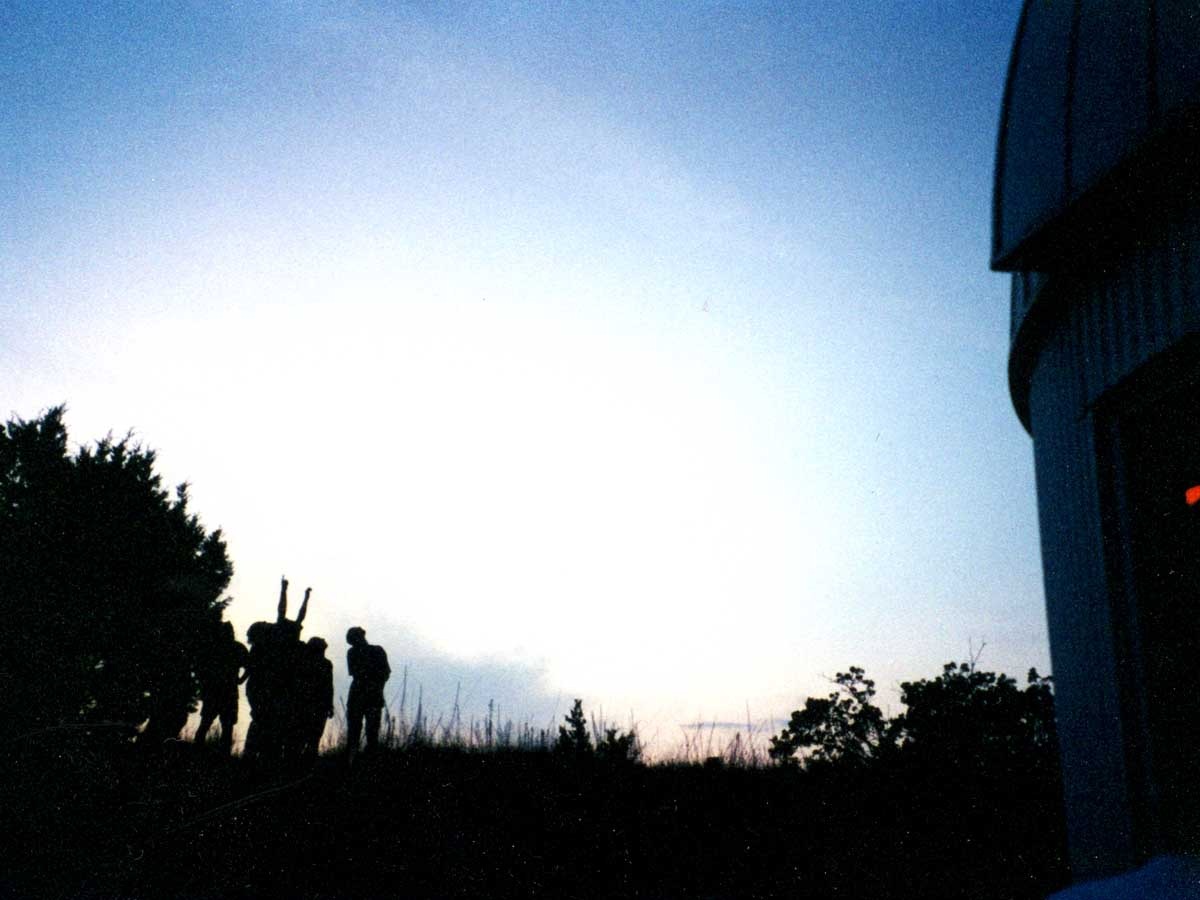 Last night I attempted to give a star party for a group of about 50 girl scouts. It was a noble effort, but I have to admit that it devolved into learned old(ish) person speaking before a group of seated in rows youngish people. I’m generally opposed to this type of teaching, but I had run out of plans.

Plan A: Lots of telescopes all pointed at different objects allowing people to go from scope to scope, and binoculars with volunteers so that people can get a hands-on-guided tour of the sky. However, since I had only 1 scope and 1 helper, this was not an option.

Plan B: Bring a bunch of star wheels and red-flash lights and teach everyone how to find their way around the sky, and then have one person man a scope while whoever else is available circulates answering questions and giving pointers. Unfortunately, since it was cloudy and we could see exactly 1 Moon, 2 planets and 9 stars, this too was not an option.

Plan C: Pamela (that would be me) hands out star wheels and red flash lights, teaches everyone how to use them, and then apologizes profusely for the weather. Pamela’s wonder assistant shows kids the Moon through the telescope. Pamela does tap dance involving “If you look here and pretend real hard, you might be able to see the big dipper and you can arc off the big dipper to Arctaurus, which is here, and if it was clear you could spike to Spica (which is hidden in this cloud).” This particular dance number was followed by a soft-shoe involving Saturn, a merengue on how to measure the distance to the Moon with lasers, and then a quick retreat.

When I was at the University of Texas we used to do star parties pretty much every clear Friday (which was about once a month in reality). We had a telescope that lived at the facility, about 5 pairs of binoculars, a bunch of little astroscans, and 2 or 3 medium sized scopes that kind-of-mostly worked. We’d all go out to a dark piece of land the campus owned on the edge of campus, and try to find things in the sky. We’d have laptops with planetarium software and every type of star chart. People who had old telescopes in their closets would bring them and we’d figure out how to get them going. We’d struggle with all the scopes to find new objects, and we’d try such crazy stunts as looking through telrads with binoculars to find faint fuzzies. It was a blast. When it clouded over we’d tell ghost stories in the dome, or just head over to IHOP to watch the Friday night, bars-just-closed wild life.

But that was in a school far far away where we had a bunch of mostly functional, mostly old, but always fun to use telescopes. I miss the old orange C8. I miss the astroscans that looked like cherry tomatoes (even though I totally hated them then). I miss having enough optics to play with – bought 1 scope every few years over decades – that we could just play with the stars.

When this war is over, can astronomy get one day’s worth of the militaries budget to buy 1 telescope for every person in the USA? Or at least 1 telescope and 5 binoculars for every 10 students enrolled in a state university astronomy class?