In Search of the Moon 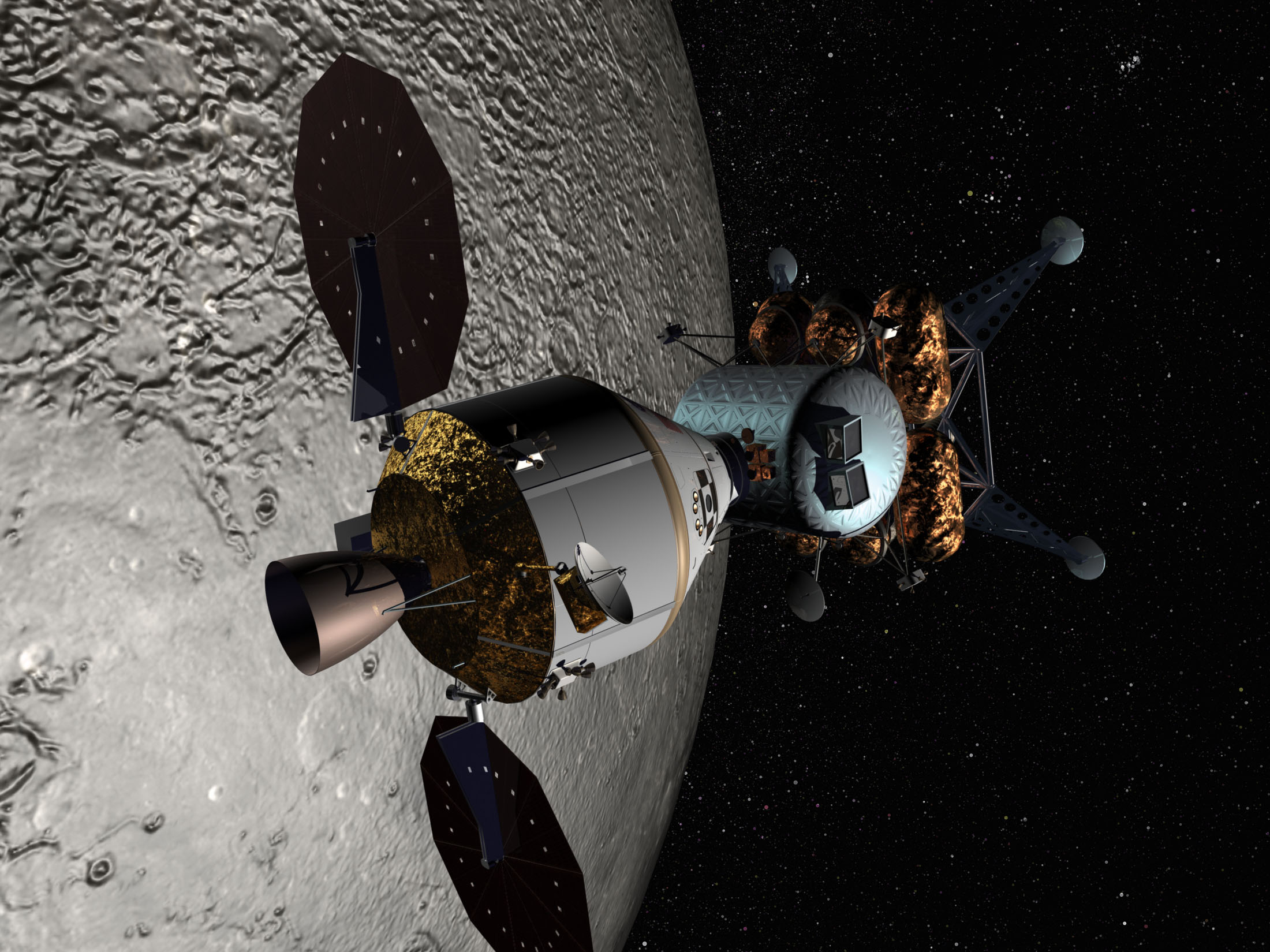 Tonight I decided to whiplash my brain. After a nice dinner with friends, my husband and I settled in to watch TV. In preparation for the holiday weekend, we rented some DVDs, including the turn of the century classic Fight Club

. At the end of that violent, twisted, pre-9/11 movie, I decided to break my brain by switching on “The Universe: The Moon,” a violent, straight-forward, current TV show. This latest episode of the History Channel’s television series has a few really scientifically confusing images, but does a really nice job mentioning all the possible ways the Moon could have formed. (Astronomy Cast also covered this topic in this episode.)

At the very end of the episode, they made a brief mention of the current White House’s New Vision for Space Exploration Program. The gist of this plan goes something like this:

Let me try and explain that last item a little bit better. Imagine you have a food budget of $86 dollars per week to feed a family and at the end of each week you usually end up having to choose between putting back your daughter’s favorite and healthy granola and asking her to go without, or putting back your son’s favorite fruit juice and asking him to go without. You get by as best you can, you know your children will never have a chance to be obese, but you are glad they will at least get to each have their favorites at least now and then. Now, out of no where, your boss gives you a dollar and tells you that you are required to spend the dollar he gives you and $11 out of your $86 budget each week to buy celery. While the celery is nutritious and will get eaten, it isn’t what your children want and it won’t help their already slight frames.

In this parable the children are the astronomy and planetary science communities who desperately dream of space born telescopes and exploratory planetary probes. The celery is the space manned space program. The rest I leave to your imagination.

I strongly believe that there are certain things that it is appropriate for the government to fund and things that really belong in the private sector. Manned exploration for the sake of manned exploration because, well, it’s cool to put people in space, is one of those things that belongs in the private sector. Manned space flight for the sake of science and doing things that push the bounds of learning that we have no way of doing without risking lives – I can actually support doing that with tax money.

Going to the Moon and Mars is something we can totally do with robots if we want to do science.

And going to the Moon and Mars is something people will do eventually without presidential edicts. More powerful than the presidential edict, which really was just another mostly unfunded mandate, I think was the announcement of a new X-Prize that challenges the commercial space agencies to build lunar landers. I see this as the first step in challenging the likes of Burt Rutan, Richard Branson and Robert Bigelow to expand the empires beyond the surface of the Earth.

But, despite the success of the Ansari X-Prize and the flight of SpaceShipOne very few people actually know about the commercial space programs. One of my favorite things to do is ask people if they know about Virgin Galactic , Bigelow Aerospace, or Space Services Inc, the three companies that seem to land in the news most often. Very few people have heard of these companies, and everyone seems to think what they are doing is cool once they hear about it. I’m not sure what needs to be done to better get the word out about this new breed of start ups.

So, have you heard about these companies outside of this blog? Where? What did those people do write that caught your attention and helped you remember the commercial space race?