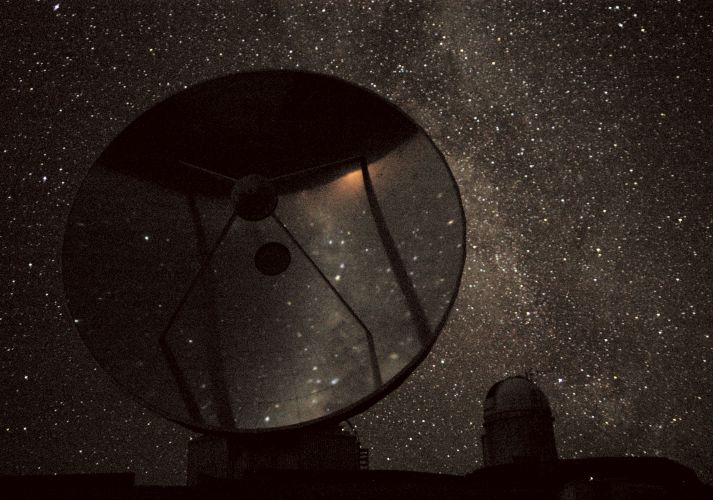 We’ve all had those magical moments of looking up and suddenly seeing something breathtaking in the sky. Perhaps it was just a moon low in the sky with a planet near and bright. Perhaps it was the Milky Way pouring itself into the horizon over a country road. Whatever the source of wonder, our ability to see and appreciate the sky is directly related to the darkness. To a city dweller, Venus is particularly stunning because often it appears as the only “star.” In the country, however, Venus is just one bright object against a sea of flickering spots, and it the Milky Way that amazes on nights without the moon.

Different people have been looking for different ways to quantify how dark various skies actually are. One of the most straight-forward techniques is to look up and see how many stars appear in known constellations. This technique was employed by the globe at night to get kids to collect data on light pollution all around the globe. This works, but it relies on people, who tend to make subjective decisions. To replace people, Doug Welch and Anthony Tekatch have developed a Sky Quality Meter that directly measures how much light is coming from the sky.

This little meter has a bunch of different possible uses. I bring this up because I have a brand spanking new one in my greedy little hands. I’m going to give it away at a talk I’m giving Sunday in Greensboro after sharing these neat uses with my audience. I’ll give you guys a sneak peak of what I’m going to talk about.

And Lastly… You can use it on your neighbors.

So I have neighbors. The ones immediately to the left and right of our house are great. A few of the others whom I’ve met (but can’t necessarily match to their house when I see them at the store) have all been very sweet. Many of them have offered to even loan us their lawn mowers, many times, with somewhat hopeful looks. All that aside, there is one neighbor I don’t know personally, but whose house causes me an emotional “grrrrrrr” reaction every time I see it. During a recent round of renovations they managed to turn a historic yellow and pale blue Queen Anne Victorian into a McMansion Victorian. It was kind of impressive, in a depressive kind of way. To show off their display of boring, cookie cutter, grey with white shutters, idea of taste, they have set up all sorts of illumination: side walk lights, house lighting up lights, light lights, etc. YUCK! So, not being one to have patience for McMansions, I’m considering using a Sky Quality Meter to document the effect they are having on the sky.