SELENE at the Moon 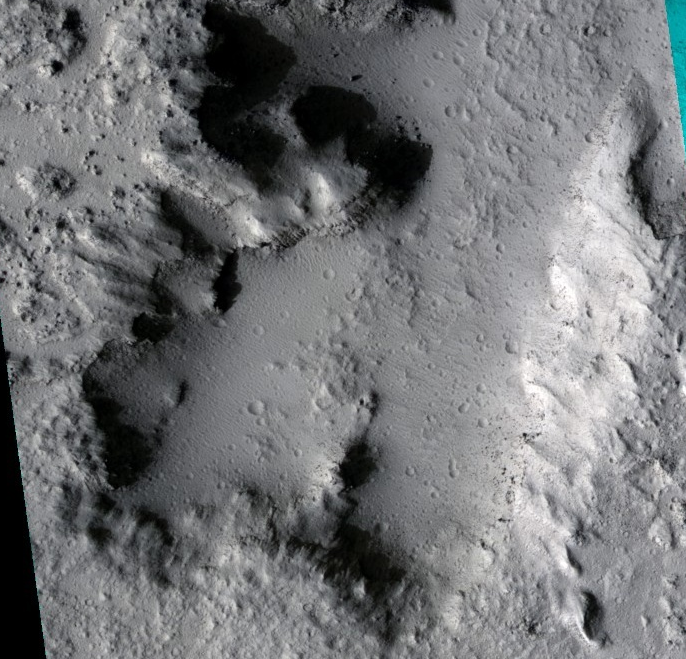 It’s a day of missions. I just left the MESSENGER session to sit in on part of the SELENE mission session. This new craft on the block is a Japanese produced and is returned hi resolution images and movies back to Earth as it systematically acquires topographic maps of Earth’s moon. SELENE, which is also called KAGUYA is actually three space craft: a main orbiter, a Relay Satellite, and the VRAD Satellite.

The SELENE image gallary can be found here. One of the more visually interesting things they are doing is taking images with a Hi-Def Video camera. (image credit: 2007 JAXA/SELENE, click image above for hi res image)

In addition to the scientifically not so useful (but public attracting) hi-def camera there are roughly a data taking dozen instruments ranging from a Laser Ranging system (that is conceptually similar to the Mars and Mercury Laser ranging instruments), a stereographic imaging system that has produced 3-D movies (see image 3/3 on the TC tab of the gallery), a radar sounder, and much much more (see wiki page)

So far 4.8 million shots have been fired with their Laser, with cross path resolution of 15 km as of Feb. 29.Â¬â€  This is very preliminary results. The laser’s first shot was fired Nov. 25, 2007 and everything is still being calibrated. While the MESSENGER Mercury data is even younger,Â¬â€  they had a chance to calibrate when they went past Venus.

With the Lunar Radar System (LRS) they are mapping subsurface boundaries. They are finding subsurface layers that weren’t detected by Apollo 17’s ALSE radar that worked at the same wavelength. The newly detected layers are “nearly a factor of 2 shallower.” This raises the question of “Um, Why?” Well, in the Q&A the answer appears to be, we don’t know, but it’s probably a mistake in someone’s analysis. The SELENE LRS data is much higher resolution and much higher quality, and the suspicion is the factor of two comes out of mis-interpretation of the Apollo data (an example of a factor of two occuring somewhere else was mentioned). Again – all preliminary, and all very tantalizing.

From the gravity experiment (RSAT), the are filling in holes in previous data sets and they are mapping out the internal mass distribution of the Moon. Data taken from Oct 20, 07 to Feb 20, 08, they have covered almost half the planet. In general they are matching previous data fairly well, but they just showed a fascinating image where holes and hills in gravity field show up like craters and hills in the data. Their data is sensitive enough to detect all these small features through their pulls (and lack off pull) on the space craft. They don’t have image on their website, but there is a (not as dramatically colored as what they just showed) image in their paper here. After matching their map with surface features they are still finding several anomalies that hadn’t been previously mapped, but overall the agreement is extremely good. This is a neat piece of work. The basically said – hill here+extra gravity here =correlation, but in a mathematically rigorous way. The remaining anomalies are likely caused by variation is the elasticity of the moon’s thick crust or rapid cooling of far side of the moon causing areas of anomalous density that isn’t reflected in topography.

This mission is doing neat things fast, and the Japanese are working hard to analyze everything their new toy is giving them. Just like MESSENGER data is embargoed for 6 months in some cases, the SELENE data is embargoed, in this case until (if I heard right) 6 months after the end of the mission. I can almost hear the US scientists drooling over what we are seeing, but we get to sit on our collective hands for a few years while we wait for the data to go public. Until then, we have to satiate ourselves with the published papers the project is sure to produce.