The Space Shuttle: A Science Enabler (and random) 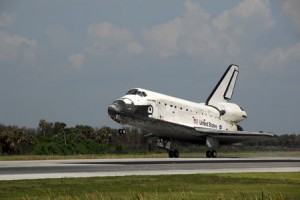 Earlier this morning the space Shuttle Discovery landed down in Florida. This particular mission carried the JAXA’sÂ¬â€  Japanese Experiment Module (“Kibo” which means hope), to the International Space Station. This new addition to the ISS brings with it new opportunities for both pressured and exposed-to-space experiments. This is the third research module, after Destiny (US, 2001) and Columbus (ESA, 2008). This little module adds significant scientific capacity to the station and also provides Japan with its first foothold in manned space. The next space shuttle launch, currently scheduled for October 2008, will be the final servicing mission for the Hubble Space Telescope

These two missions are of particular note because they are enabling science. While the Space Shuttle is a really good pickup truck, it fully capable of carrying more than just construction materials. It can also carry science labs and scientists into space. This science is good for a bunch of reasons.

First of all, while the ISS keeps politicians happy with its “Let’s all play nice together in space” way of bringing international astronauts together, this really doesn’t do much more than spend a lot of money in the name of goodwill. On the other hand, give those astronauts some science to do, and now you are producing knowledge and jobs for years to come. The samples that are created, the data that gets taken, and the critters that get raised in space will get analyzed over and over in new ways across generations of astronomers and geophysicists. The Apollo Lunar samples are still producing new results 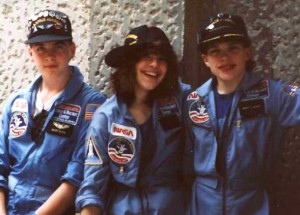 For me, the end of the Shuttle program is a bittersweet thing. One of my earliest memories is living in California beneath the landing path of the shuttle, and running back and forth from the TV to the backyard to compare the contrails in the sky with the image on the TV. My first national tragedy, made more personal by my New England youth, was the destruction of the Space Shuttle Challenger on take off. My nerdy teenage years were punctuated by trips to Space Camp (I even had my first kiss while at Space Academy, just outside the astronaut training pool). I passed my teen years play acting at Space Shuttle commander and memorizing the launch and landing patterns of these large white winged birds. As a college student, I held my breath to see if the Servicing Mission cleaned up Hubble optics, and as a grad student I cheered on the early construction of the ISS. Perhaps my generation would have a place in space? And part of my first job at Astronomy Magazine had me covering the loss of the Space Shuttle Columbia. And today – Today I have a student covering the space shuttle launches for Astronomy Cast. (Picture of me and my two best friends in 8th grade at Space Camp)

At each stage in my life, I have been touched by the Space Shuttle, and in 2010, the only human conveyance into space the US has will go away. The vehicle I dreamed of flying in as a child will go away.

But until that last launch, at least the shuttle is spending some of its time motivating science.