A new website for a New Year: Astrosphere .org 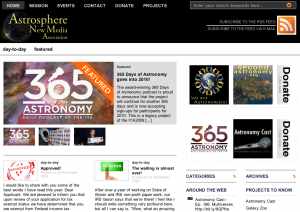 A New Website for a New Non-Profit: Announcing Astrosphere

It’s December 25, Christmas day 2009. In 6 more days we’ll ring in 2010, and in 16 more days IYA will come to an official end. There are still pieces to tie up – the evaluations will all take place in South Africa in March, and there are a whole lot of websites that need ownerships transferred hither and yon, but the public side of IYA is this -><- close to wrapping up.

This story actually started over a year ago. In the summer of 2008 a small group of us set about setting up our own 510(c)(3) non-profit. The cast of charactersÂ¬â€  included: myself, Fraser Cain, Phil Plait, Chris Lintott, and Tom Foster. Our goal: to create a non-profit “dedicated to promoting science and skeptical thought through internet-based technologies and distribution.” We named our non-profit Astrosphere New Media Association and we filed our dream first with the State of Illinois and than with the US Government. A lot has happened since those 2008 summer days. Chris has left our project as a friend to go on to form the Citizen Science Alliance, and he’s been replaced by Doug Isbell. I’ve left the Physics department at SIUE to become part of the Center for Science, Technology, Engineering and Math Research, Education Outreach (Center for STEM REO). Phil became the president of JREF and then left the JREF for undisclosed bigger and better things in television. Doug has moved from Tucson to Berkely. Only Fraser and Tom remain in the same place the started in 2008.

It has been a long time since we filed those papers on those 2008 summer days, and the group of us have lived a lot of life in the past 16 or so months, but we still have our dream, and on November 2, 2009, the IRS granted us our dream, as they granted us our tax exempt status.

Already, Astrosphere has a series of projects housed beneath its virtual roof: Astronomy Cast (which will continue to be done on collaboration with Universe Today and SIUE), 365 Days of Astronomy, and the IYA Astronomy 2009 Island in Second Life (TM) are all moving to Astrosphere. We will also host some of the IYA websites, including Galileoscope and an archive of the US IYA website. In addition to these on-going projects, we’re also building new things: On the docket for the beginning of 2010 is a new project called “We are Astronomers” that is the brain child of Alice of “Alice’s Astro Info,” and it will collect pictures and biographical information from astronomers of all backgrounds and career paths (amatuer and professional). Astrosphere promises to be an exciting place, with projects rich with content for you to consume.

But this new organization can’t exist without you. We have bills: A PO Box, online accounting software, webhosting, and salaries.Â¬â€  Can you help? Here is exactly what we need:

We would also like to someday pay part of my salary. Here is the dirty little secret I’ve kept hidden: Due to funding cutbacks and other issues, I haven’t had a full time job in 2 years. I made it up to within a few percent of full time last semester, but I have two grants running out and effective Dec 31, and I’ll only have a ~half time appointment starting in January. This means I will have more time to blog (woot), more time to work on Astronomy Cast (woot), more time to work on Astrosphere (woot). In exchange for me investing 2 full days a week doing nothing but Astrosphere related work, I’m hoping that people like you will invest in Astrosphere and inturn invest in me working to make new media dreams a reality.

Will you help my dream a reality? 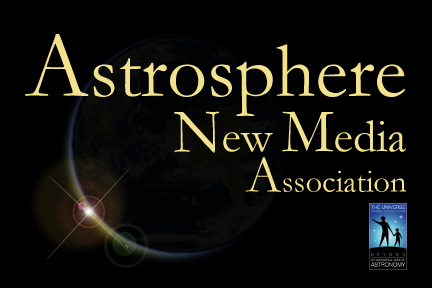