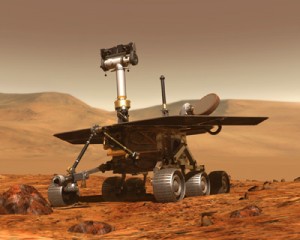 If you’re like me, you’ve been following NASA’s desperate attempt to free Spirit, and the ongoing roving of the rugged little Opportunity. These two rovers, with Captain Jack like habits of not dying, are in part the creation of Steven Squyres. Next week, on Wednesday night, Squyres will be giving a talk here at SIUE. Come give him a listen?

Here are the details:

Steve Squyres is the man responsible for taking us to the Red Planet and igniting a new firestorm of interest in space exploration. â€šÃ„ÃºSpirit and Opportunityâ€šÃ„Ã¹ have always been prominent in the life of Squyres, best known as the face and voice of NASAâ€šÃ„Ã´s spectacular mission to Mars using two high-tech robotic rovers. Spearheading a team of 3,000 and a budget of $800 million, the acclaimed scientist and principal investigator of NASAâ€šÃ„Ã´s Mars Exploration Program will detail how he turned what seemed like an improbable dream into a reality. With a compelling voice and never before seen photos he will discuss the risks taken, the mistakes made and how the projectâ€šÃ„Ã´s goals were ultimately achieved. 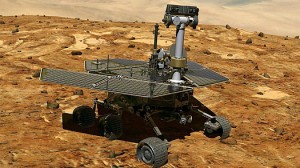 For tickets, visit the Fine Arts Box Office in Dunham Hall, the Information Booth in the Morris University Center, call (618) 650-5774, or visit http://artsandissues.com/artsandissues/Steven_Squyres.shtml