Somewhere in the past year I found myself associated with the Moon. More specifically, through my work with Moon Zoo (and the forthcoming Mercury Zoo), I’ve become part of the planetary sciences education and public outreach community. This has opened a lot of unexpected doors for me, and one of those open doors happened to open up on Rome.

Currently I’m sitting in a lecture hall in the Angelicum Center at the Pontificia Universita San Tommaso d’Aquino (or in English, the University of St Thomas Aquinas) where I am attending the Fifth European Planetary Science Congress hosted by Europlanet. On Thursday I’ll be giving a brief talk on Moon Zoo early education research results, and in general, I’m on a continued mission to keep up to speed with the quickly evolving field of geophysics.

Due to lack of Internet in the conference rooms, my twittering of the meeting will be limited (I’m saving my data plan for when I’m lost and need google maps), but I will be doing my best to blog the meeting.

While you may often hear that astrophysics is undergoing a golden age of discovery, I have to say that if that is true, than planetary science is undergoing a platinum or perhaps diamond age. Today’s fleet of planetary missions and ground and space-based telescopes is delivering data as fast as (and sometimes faster than) the science community can process it. From discovering water on the Moon, to uncovering the origins of dust devils on Mars, to even trying to understand the atmospheres of planets orbiting alien stars, today’s planetary scientists are rapidly rewriting the field of geophysics.

This meeting, will have 50 sessions with results from 900 abstracts presented by more than 500 attendees. Thankfully, everything is presented in English. Due to parallel sessions, it won’t be possible to attend everything.

Luckily, this morning opening session has us all sitting in one room. My first impression of the meeting is that it has the feel of the International Year of Astronomy. They have mentioned several times that this is the 400th anniversary of Galileo’s discovery of the moons of Jupiter. They are stressing the need to do public education hand in hand with doing science, and the morning started with the presentation of an EPO award and a call for ESA to do as NASA does and include Education and Public Outreach funds in its mission budgets. 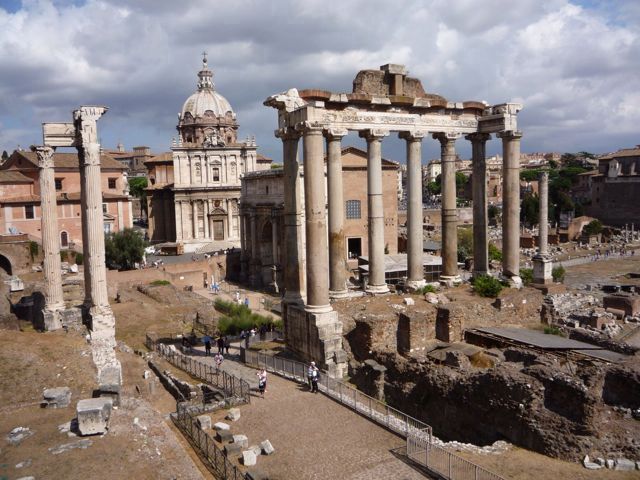