I’ve spent my morning sitting in talks at the EPSC meeting (location in attached image) on new lunar results from the Lunar Reconnaissance Orbiter mission. At this stage, my brain is full (does that make my loony?) so I think it’s time to blog it all out. (sadly, not enough bandwidth for pictures).

First though, I have a confession to make. Yesterday I played hooky. During the opening session a friendly woman on the organizing committee admonished us all to go out and see Rome. Being one to (often but not always) do as I’m told, I set out with another colleague to explore. With a certain amount of brownian motion, we wended our way from the conference site (near the Foro Romano) all the way to the Vatican. While we did go into St Peter’s Basilica (which was overwhelming), the lines were too long to get into the Sistine Chapel or the Vatican Museum.

This mornings LRO talks spanned both instrumentation and geophysics. In my head, the overall theme seemed to be, how do we better understand the geophysics of the moon through impacts, and how does this relate to past, resent and future lunar exploration.

LRO is perhaps uniquely designed to address these themes. It possesses cameras that are taking the highest resolution lunar images ever achieved. From its low (50km, I believe) orbital altitude, the LRO’s Narrow Angle Camera (NAC) can obtain images with 50cm per pixel resolution. This means that an average sized person like me, sprawled out on the surface of the moon, would show up as a couple pixel blip. In addition to this super hi-res capability, the Wide Angle Camera (WAC) possesses 7 different filters, allowing it to sample the Moon’s reflected light all across the UV and visible light wavelengths. Since different minerals reflect different colors of light, by looking at maps made by comparing light in two different wavelengths (for those of you wanting numbers, they use maps of 321nm/689nm & 415nm/689nm) they are able to map out different minerals. While this may sound like a lot of boring geochemistry, the reality is they’re able to overlay the reflectance ratios on the high resolution images and show how impacts reveal a variety of different minerals and the dig through the lunar strata, how lunar melt transported minerals of a given composition, and the overall variation of the surrounding plains. While these images aren’t a replacement for actually going and picking up rocks, they are a start to understanding the point by point composition of the moon and they do help us find places of interest.

In addition to revealing hints at mineralogy through color, the NAC images just flat out reveal amazing detail simply by being really amazing images. From expansion lines in the crust on the highlands on the far side of the moon (called extension features), to melt flows and land slides, to the fine details in craters, the images reveal a whole new moon. And they reveal the moon in stereo. The NAC images are actually done in pairs, and done over and over in different lighting conditions. From the left and right (technically east and west) pairs, we can get a 3d view of the moon. By comparing the moon under different lighting you can reveal different features. With the sun near zenith, different minerals are easier to discern from their reflectance. If the sun is near the horizon in an image, shadows will be long, allowing boulders and spacecraft to more easily be found by following long shadows to their source. By registering the stereo images with lunar laser altimetry data from LOLA it is possible to get a fine grained understanding of lunar topography.

One of the frustrations of this meeting is that fabulous images are being shown that aren’t public or published yet (there is a strict NO PHOTOGRAPHY rule). The most amazing images they showed this morning were actually slope maps. I know, sounds boring, but loop rather like modern art (googling for examples will occur when I have real Internet. We’ve all probably seen topographic maps of the moon where the bottoms of craters are one color, and the lunar highlands are another, with a rainbow connecting these extremes. What is obscured in these images is the slopes from one altitude to another. In slope maps, the floor of craters are seen as flat (with sometimes a cusp in the center), and the highlands, again, are shown as flat, with the slope from one extreme to the next showing up as a variety of colors. No where else have I seen the terraced nature of some impact basins so clearly delineated.

In the vocabulary of geophysics, craters come with many names. The largest of the splotches on a surface are actually called impact basins, and due to their size and the energy they impart to the surface they’re hitting, they often create a series of concentric rings, like shock waves solidifying in the lunar surface. Smaller impacts, simply called impact craters, may sometimes have a central hump, but are more generally conical walled with a single rim.

To understand what type of craters and basins are formed thru what types of impacts, various nations have thrown things at the moon. The soviets did this largely by accident, landing some of their Luna missions a bit harder than intended. The Americans purposely impacted the top stage of the Saturn rockets (the SIVB impacts) into the lunar surface. Since each of these missions had a mostly understand angle of impact and velocity (errors were enough that not all landing locations were where we thought), we’re able to look at each impact and say, If X hits a surface composed of Y with a velocity V, then we get an impact that looks like Z. Such impacts provide calibration information, helping to put larger and smaller craters in a known context.

Understanding craters is important for a lot of reasons. To first order, craters are important because by counting them we can sort the ages of different surfaces. Highly cratered surfaces are very old, showing evidence of the age of Heavy Bombardment that impacted the early solar system. Newer surfaces have few or no craters, and have been resurfaced by volcanism or other techtonic events. Since different size crateres are created at different rates (and at nonlinearly changing rates over time), craters of all sizes are counted, and the overall distribution is used to get point to point ages. This technique would work easy easy if only the moon had a smooth surface made of just one type of material. Since the real moon has all sorts of terrain features and a varied surface composition this actually is fairly complicated. For instance, in counting craters on the three landslide segments around the Apollo 17 landing site, different ages are determined for each of these segments, even though they should have formed at the same time. These variations may come from differences in slope or sheltering from impacts by the topography. Similar odd discrepancies in age are also seen when comparing ages of the melt pools and ejecta blankets of the Tycho and Copernicus craters. Here, the differences are believed to come from surface differences in hardness between these two features. Craters that span regions are seen to have different depths where they overlap each surface.

The more we look at the moon, the more it is clear we have a lot to learn. One of the things that keeps coming up is the need for more rocks – for more tangible ways to calibrate our crater mapping to get accurate surface ages. While robots are nice, people are more versatile, and in looking at craters, notes are also being made on where craters stay in constant shadow (with potential ice and where we can build safer human habitats out of direct solar view and with fewer temperature variations to deal with), and where polar surfaces are almost in constant light (which is good for solar panels). It is clear, the more we learn, the more we want to just go and again dig in the lunar dirt. While robots are capable (and the Lunokhod 2 lander certainly showed a rover can rove all the heck over the place if it wants to), people still just want to fly away to the moon. 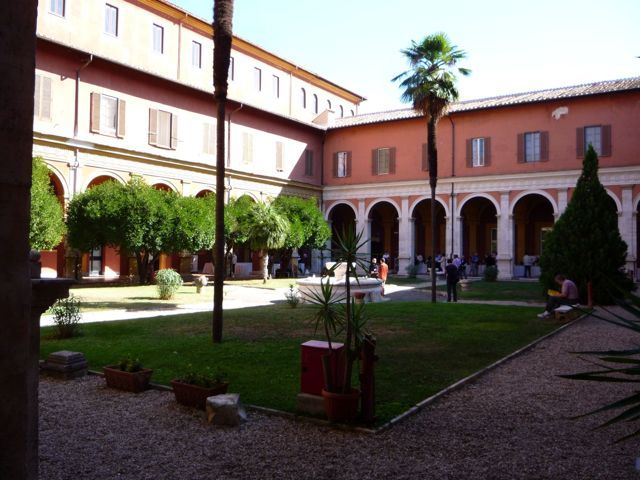