T’was the Week After Christmas 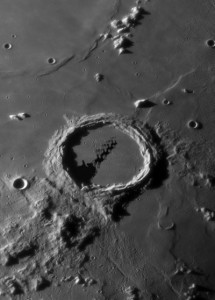 Twas the week after Christmas, when all through the halls
Not a student was stirring – they’d gone out to the malls
The professors were all doing their research with care
In hopes that peer review would be gentle and fair.

The servers were whirring all snug on the cloud
While theorists muttered their equations out loud
With data in columns, I figured and plotted
Checking every t’s crossed and every I dotted

When from the fax room there arose such a clatter
I sprang to my feet cursing what ‘er was the matter
Away to my door I flew in a flash
Slaming it shut, my actions perhaps a bit rash

The noise from my stomach on this once quiet morn
Told it was time for a break for popcorn
When, what on my microwave snack should appear
But a schematic sleigh, and eight handdrawn reindeer?

With a few quiet curses, so creative a quick
I knew in a moment who’d played me this trick
More rapid than eagles his Christmas fails came
I opened my door, and looking about I called him by name

Now, Belstein! Doctor Belstein, Each year at this time
The telescope, the servers, something new you undermine
From the top of the mountain, to this very popcorn
You treat everyones stuff with contempt and with scorn

As old papers that under the suns UV rays
When they meet with some handling, crumple away
As he rose out of his chair, and came tottering my way
I regretted my words, and wished in my office I’d stayed

He was dressed all in wool, from ankle to shoulder
And his cloths were nerd chic with their fancy pen holder
A bundle of printouts he held tight in his hand
And he was mighty annoyed about having to stand

His eyes-how they pierced! His forehead so crinkled!
His cheeks were flushed hot, His shirt was so wrinkled!
His droll little mouth was drawn into a frown
And the hair on his head limply hung down

He was chubby and plump, a right chunky old prof
Why oh why had I dared tick him off
The red of his eye and the twist of his head,
Soon gave me to know I had all things to dread.

He spoke just a phrase, before getting to work.
“I found him”, he said, then turned with a jerk.
And using a red sharpie he wrote on my door
A series of symbols no one had thought to explore
He want back to his chair, as I gave a low whistle
Santa’s sleigh flew on a neutrino-powered missile
Somehow faster than light, he flew faster than sight
Problem solved! QED! And to all a good-night