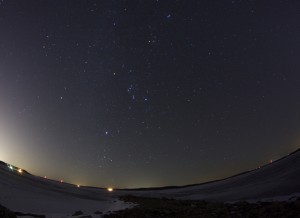 Looking around the internet today, I’m amazed to see how many people and websites are in their own way protesting SOPA and PIPA. What is most fascinating to me is the reaction people have as the sites they count on day to day blink out. Should SOPA or PIPA actually get passed, we run the risk of having the internet we know and love slowly wink out one site at a time. It would start with a blogger here, a video mashup artist there, starting with the faint voices shining among all the URLS, and as they winked out, folks wouldn’t notice, and by the time the big boys – the Wikipedias and the Reddits – started to get turned off, we’d all be numb to what was going, and just let them wink out as the internet went dark. It’s only because of this sudden, out of no where, loose of these sites that we are woken up to what’s going on.

It is easy to not notice what you are losing if it is a slow and gradual process.

This is true in lots of different venues. For instance, if it’s nighttime, go outside and look up. I’ll still be here.

But if you live where I live, you can’t see anything but the brightest stars unless you go get binoculars. And if you live in a city like Boston, where I used to live, Orion is just 7 stars I know are hiding something amazing I just can’t see.

Right now the Globe at Night project is running a global campaign to try and document the effects of light pollution far and near. They are asking you, your kids, your friends, your colleagues, and everyone in the world, to go outside (wait for it, there are more instructions), and look at the constellation Orion and document how what you (and they) see compares to a series of comparison charts. You can download apps for your iOS device to help, and there are finding charts and more on their website.

Today, the increase in suburban sprawl and the proliferation of cheap LED lighting are combining to erase the stars. We don’t notice from day to day unless we’re careful observers. I’ve seen this once –  in the 6 years I lived in Austin, TX as a grad student, I watched the Ring Nebula disappear from easy binocular viewing to nothing as the city glow grew. I know that we’re losing stars here in Edwardsville because I know we’re building malls, and gas stations, and stores, and parking lots, and on cloudy nights the sky reflects orange. It’s hard to watch.

But with data – with your help collecting data for Globe at Night – hopefully we can go to legislatures and go to lighting companies, and go to the people and say, with facts, “We’re losing the stars,” and inspire change. The city of Tucson, Arizona has protected the skies of the nearby Kitt Peak through ordinances. Other cities, but not enough cities, have shown we can create change. We need to keep moving forward, keep passing dark sky initiatives, and keep finding ways to turn the stars back on by making the night once again light pollution free.

Go dark to Protest SOPA & PIPA, and go outside to checkout the darkness, and report what you see to Globe at Night.