The 2012 meeting of the International Astronomical Union is about to begin in Beijing, China. I’ll be attending the second week of the meeting, and talking on the very last day (yikes!)

The 2 constant questions about IAU are “Will Pluto get back its planethood?” and “what new objects might get named?” 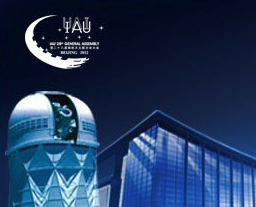 Well, no one is rumoring that the dwarf planet issue will come back up, so I think we’re going to have to go with “Dwarf Planet” or “Planet Classic” for a few more years. On the naming front, I see Pluto’s new moons possibly getting a few new titles, and it’s possible a few more objects might get approved.

The issue of naming things is more complicated in some ways and not complicated in others than most people realize. On one hand, there are rules about naming moons (e.g. Neptune’s moons are water gods). On the other hand asteroids’ names can be submitted by anyone and can be just about anything (Fraser Cain and Philip Plait both have asteroids named after them!) Large craters on Mars are named after dead scientists and writers who have contributed to the body of works about Mars, while features at the scale that matters to rovers (think street level maps here) are named by anyone who can catch the attention of the scientist writing up the paper. This means we have a bunch of boulders on Mars named after famous icons, including Yogi Rock, because that’s what the team wanted to do. 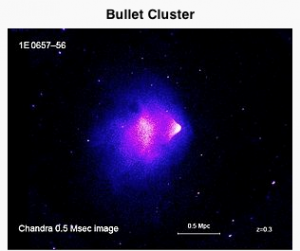 In astronomy and space science there is also a long history of just having names stick. Hanny’s Voorwerp can be used to look up papers and even coordinates of a large green cloud of ionized gas found by a citizen scientist (Hanny) and observed by the Hubble Space Telescope. In other cases, like the Bullet cluster, someone just called an object something in a journal article, and that became its name. (It is also named IE 0657-56, and that is more of an IAU kind of thing to do, but… really, it is the Bullet Cluster because that’s the name that gets used in the literature.)

And if you’re an astronomer like me, with a name like mine, it might make sense to pre-emptively  name any cool object you find! If I go back to observational astronomy (instead of using images from missions and surveys), and actually have good weather (the reason I prefer images from missions and surveys!), and if I find something amazing (which, with my history is only slightly less probable then getting good weather) I run the risk of it becoming the “Gay variable star” or “The Gay Galaxy Effect.” Admit it, no matter your orientation, and no matter how much you embrace homosexuality as being normal, saying “The Gay Galaxy Effect” without giggling…. yeah. If I find something cool, I’m naming that sucker before anyone else gets the chance.

And that’s one of the cool things about being a scientist; the IAU is too busy to care about most of space. When I publish that next science paper… well, it will probably be on a variable star that’s already named… but when someone like Bill Keel publishes his next paper on one particularly awesome pair of overlapping galaxies, he has the option to add “The Kissing Beetles” or something equally odd to our existing lexicon of “The Mice”, “The Tadpole” and so many other interacting and peculiar galaxies.

All that said…. I do hope IAU lets us see a better name for Pluto’s moons. This whole P5 thing needs an update.