IAU, I’m lost within you 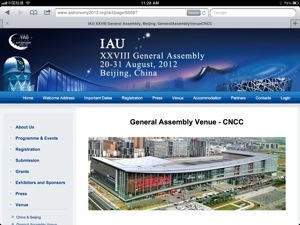 This morning I woke up in Beijing. This wasn’t entirely surprising since I’d fallen asleep at about 32,000 ft on AA187, inbound to PEK from ORD. Nonetheless, no matter how much you know logically that you are soon to be somewhere very foreign, the reality of it is always startling. Beijing assaults the senses the moment the cabin door opens. There is the smell; air so thick with pollution that you feel constantly dirty, and my nose runs and lungs ache. There is the sudden change in personal space, which grows far less, and politeness, which becomes far more important. The buildings are like something out of the Fifth Element, but the roads are cluttered with an odd mix of foot traffic, bike traffic, rickshaw traffic, and insane car traffic. Beijing is a fabulously modern city with a population that still keeps goats and chickens where ever there is space. There are contradictions in everything; contradictions and yet also a beauty that is hidden behind a veil of pollution. The same industry that brings this city riches is also stealing its luster.

This morning I woke up in Beijing in the Holiday Inn Express in the Olympic Park area in the north of the city center and I made my way on foot to the Chinese National Convention Center. I am here to attend the General Assembly of the International Astronomical Union (IAU & #IAUGA). This is the biggest meeting in astronomy yet we take up so little of this vast building (see images) that we are sharing the center with at least 1 other conference and there is still left over emptiness. I have already been lost within these walls, and I expect much of this week will include moments of finding a window, looking outside, and using the outside points of reverence to identify where I am. 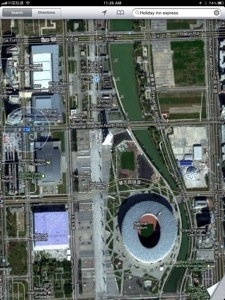 IAU, I am lost within you.

Well, I’ve been lost, at least, and expect to be lost again. I’m currently sitting tucked away in the 4th floor press room, trying to sort myself out before the Women in Astronomy lunch. Later on I’ll be hearing the session on Communicating Astronomy to Pubic Audiences, and I’ll begin catching up with old friends.

There are roughly 350 women among the few thousand attendees, and I look forward to hearing how things do and don’t differ in other nations for our minority group. Admittedly, when it comes to non-white, non-Asian/non-Southeast Asian groups groups, there are probably even fewer than 350 and those stories are harder to hear. Actually, looking at a map, it seems that this meeting is dominated by people of northern hemisphere heritage. Gone are the Africans. Missing are the people from the mid-Americas and South America. The sky belongs to all of us, but educational opportunities are more geographically biased. The IAU sees this problem and has opened an office for Astronomy in the Developing world in Cape Town, South Africa, and this body will be working to change the face of our field.

The IAU is many things, but at its core it’s the defining body of the astronomical world. I could say governing body, but that’s like saying someone is a herder of cats. They may try and do it, but the cats resist. The IAU might try to govern astronomers, but we tend to resist. More realistically, this is that organization that puts up rules (Moons of Jupiter will be named after the liaisons of Jupiter), defines things (like Pluto not being a planet), and inspires things (like IYA2009). They have funding to try and move ideas forward, and they provide a venue every three years for all of us to share science, pass resolutions, in a very very slow dance, work to move our community forward as a whole. This is my second IAU (I also attended the 2009 General Assembly in Rio), and I’ll be giving a talk on Friday on using social media to disseminate science results and collaborate.

In case it wasn’t obvious from the last paragraph, the IAU is not where you go to do a big reveal on some new science discovery. That said, all the best in the world are giving review talks on things that’s are recent. This is a place where folks like me, who aren’t at large institutions with lots of seminars and colloquium, can catch up on all the science we might have missed in the constant rain of new papers (sometimes tens of new papers a day!) I’ll be catching up on Kepler results tomorrow, and I’m still trying to decide which of the too many other options I’ll take advantage of on other days.

As I can, I’ll try and blog as much as I can. And… There will be at least one post on all the cute signs I keep finding.

So expect science and silliness in the coming days. 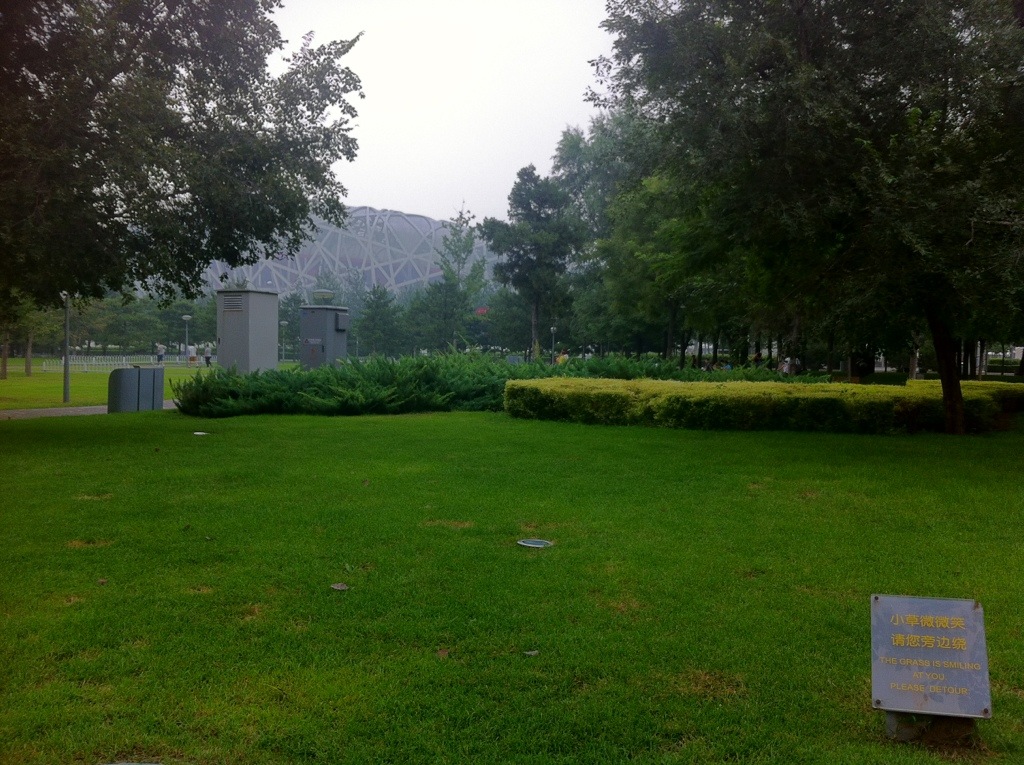