It is all a Function of Mass 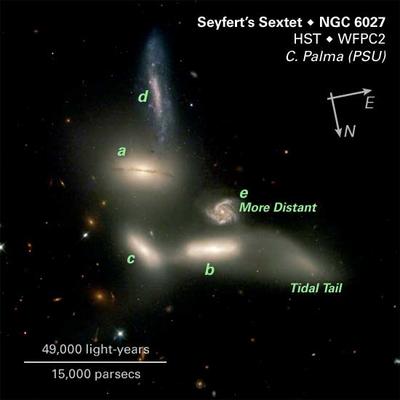 Throughout math and physics certain trends occur over and over. The unique numbers of pi and phi (the golden ratio) respectively define circles and spirals. The mathematical forms of the equations for gravitational force and electric force are the same, and the physical forms of fractals get bigger without changing shape. Now, a pair of astronomers, Bruno Binggeli and Tatjana Hascher of the University of Basel, are searching for a universal mass function that describes the ratios of little stars to big stars as well as the ratios of groups of galaxies to clusters of galaxies. According to a review paper accepted for publication in the PASP “the mass functions of individual object classes, when properly normalized, can indeed be concatenated to build a surprisingly continuous mass function of the universe.” From 100-meter-size asteroids (10^-20 Solar masses), to the most massive of galaxy clusters (10^16 solar masses), and across 36 orders of magnitude in mass, they find (roughly) the same relationship. Put simply, the same mathematical form, an inverse square function, describes how there are more red dwarf stars than blue super giants, and why there are more galaxy groups, like Seygert’s Sextet, than galaxy superclusters like Virgo.

At the two ends of the scale, the continuity isn’t surprising. Planets and asteroids are formed out of a fragmenting proto-planetary disk, and stars in open clusters are forming out of fragmenting molecular clouds. These are related, top-down, physical processes. On the other end, small galaxies are falling together to form large galaxies, and small groups are falling together to form large clusters. These are related, bottom-up, gravitational clustering processes. What is odd, is that these two very different ways of building structures bridge together reasonably well.

Their functions aren’t a perfect fit, but they are good. (Please see the copyrighted figures 9 and 10 in the paper). The function for planets is a bit shallow on one end and too steep on the other, the section for stars is a bit variable, and there may be a break between the mass of brown dwarf stars and giant planets. The mass function does match well at the boundary between fragmented molecular clouds, star clusters, and galaxies however, at the location where the physics likely flips from top-down fragmentaion to bottom-up formation.

This is a nice example of astronomers looking for trends in the big picture and seeing an unexplained trend spanning space. We don’t know why this is, but like so many of the inexplicable just-so relations in astronomy, it points to a universal bit of truth. In this case, the little guy always has the upper hand when you look at the numbers. The microbes outnumber the mammals, the m-dwarfs out number the O stars, and the dwarf spheroidals outnumber the giant ellipticals; that’s just the way it is.