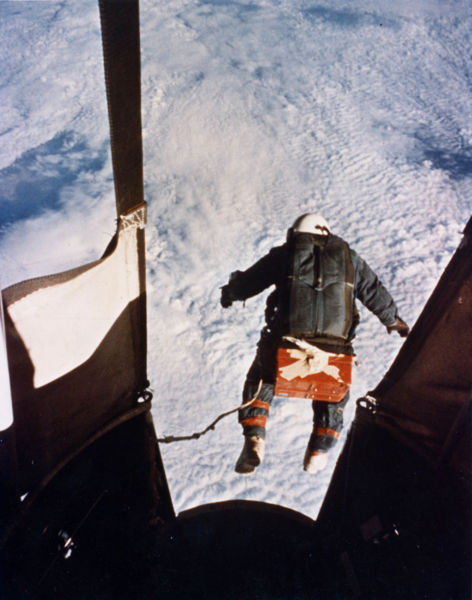 It’s that time of the week again – Carnival time! The following is a selection of Space Science reports from all around the Internet. As you read through the following entries, I hope you will find some new content from new voices who will join your daily read list.

To learn more about the Space Carnival, check out this site.

From the Inner Mind to Outer Space ponders is “Romantic” Astronomy Dead? He asks, does the current way astronomy is going high-tech cause us to lose the “wonderment” of astronomy.

The Space Cynics, defying belief, actually come out in favour of further research into Space Solar Power, specifically supporting the activities of the National Space Security Office in examining this sector of the space industry.

The Astropixie discusses her ideas about why extraterrestrial life – in some form – must exist somewhere in the universe other than just on earth.

Chris Lintott’s Universe tells the story of one night’s observing on the James Clark Maxwell Telescope in Hawaii.

Music of the Spheres discusses how spin-offs may be useful, but space is not about Tang and Velcro. Applications like GPS are important, and science is too. But space is really about rooting for humanity â€šÃ„Ã¬ because human survival matters, and because space exploration is a beautiful and fulfilling thing we humans can do.

Welcome to the Future offers up a humourous look at the Earths hot flashes and ice ages. This is the first in a weeks worth of planetary cartoons.

Colony Worlds offers up the ideas “In space, everyone speaks Chinese.” What many entrepreneurs in the emerging space industry as well as bureaucrats in NASA fail to see is that in order for our nation to reach the stars, they will have to begin to publicly cooperate with each other. Just as a lichen can not survive if one organism neglects the other, so to will the “new space” (aka emerging space industry) and NASA will fail at settling the moon if there is an unwillingness to partner with the other.

Surfin English provides a non-intensive description of a few methods of disposing of waste in space. (There are some really funny pictures involved – PLG)

The AstroBlog asks “So, is Gliese 581c really a Venus like inferno?” as he discusses the habitability (or otherwise) of Gliese 581c in the light of a new paper. He tries to use Earth as a comparison for some things.

A Babe in the Universe examins holes in Mars and beyond. Beginning with the phenomenon of blackbody radiation, the LR finds a perfect example in mysterious holes on Mars; these resemble the cenotes of the Yucatan, which may in turn result from an ancient meteorite. The story ends with discovery of the most distant Black Hole yet found.

Cosmic Log looks into a new extreme sport – Space Diving. Think jumping out of a plane is a rush? Consider jumping off a rocket at an altitude of 120,000ft instead. This story takes a look at who is looking to make this radical idea and adrenaline pounding reality.

Universe Today notes that two more of Saturn’s moons have been discovered blasting particles into space. This implies they are geological active, which is just cool.

The Bad Astronomer discusses realestate as he muses on dark communities.

Astronomy Down Under takes a look up at all that is new and worth knowing: Gliese 581c, Gliese 581d, the Space Shuttle Atlantis, Red Dwarfs, and New Planets.

Tales from the Heliosphere compains about the focus on science and ancient history in news stories about space and the failure of those stories to relate scientific discoveries in space to humanity’s own future in space, in a post “More news you can’t us from Mars.”

I’d like to thank everyone who sent in entries for the great job they did providing summaries and getting me content with lot of time to prepare. All these folks deserve a free ride on the three ticket carnival ride of their choice 🙂